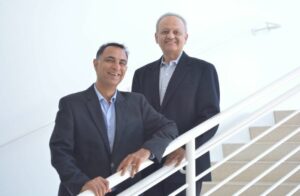 Pankaj Kapahi always knew he wanted to give back. He grew up in New Delhi, India, with many advantages and opportunities and was encouraged to follow his dream to become a scientist. But as a youngster, he couldn’t help but notice other children living in abject poverty nearby who had no way to get ahead. What about their dreams? He was bothered by inequality.

Fast-forward through an elite education that took Kapahi to universities in the United Kingdom and the United States (he did his postdoctoral work at Cal Tech in Pasadena, Calif.) before joining the Buck faculty in 2004.

Kapahi, who takes obvious delight in the scientific progress made in his lab, now has another reason to glow. He is spearheading efforts to mentor disadvantaged youth in India and help them find paths to professional jobs.

Kapahi made the connection to the Freedom English Academy through his relationship with Deepak Chopra, a member of the Buck Ambassadors Council.

Chopra is a chemical engineer and a successful entrepreneur who grew up in India and had a similar reaction to the poverty and deprivation of those less fortunate than he. Chopra founded the nonprofit FEA in 2010 and splits his time between Novato, Calif., and New Delhi.

“FEA is built on the belief that people can bootstrap themselves out of poverty,” he said. “To do so, we believe two things are crucial: professional skills and depth and strength of character.”

FEA serves 27,000 students ages 15 to 25 at several branches that are based in poor, urban neighborhoods in and around Delhi. The students spend 90 minutes a day, six days a week, in the free program.

Kapahi visited one of the largest FEA branches during a visit to India and got hooked. The youngsters rarely meet anyone who has a profession.

“These young adults are so eager for attention and advice. They’re intelligent and motivated, and interacting with them is one of the most rewarding things I’ve ever done,” he said.

Kapahi became a mentor and took up the cause to develop FEA’s mentoring program, recruiting other mentors to help the students practice their English and, most importantly, develop the life skills needed to step into professional careers.

“These students learn about setting goals, self-motivation, and overcoming the fear of failure — basically, how to develop the grit that will enable them to succeed. They’ve given me a new mission in life,” said Kapahi.

The mentoring program has about 90 mentors, most of them drawn from Kapahi’s ever-expanding network of friends, family, and scientific colleagues.

Chopra says Kapahi’s enthusiasm is infectious. “He doesn’t think small; he thinks large scale. He really wants to have an impact on poverty in his home country.”

The whiteboard in Kapahi’s office at the Buck now contains schematics about how to grow the program, in addition to his notes about lab projects focused on understanding the role of nutrition and energy metabolism in lifespan and disease.

He meets with FEA mentors on a regular basis. In order to reach the maximum number of students, FEA group mentoring sessions are conducted over Skype once a month, for five months. The groups remain the same and relationships develop. Ten Buck Institute scientists are currently involved in the program.

Sanjib Guha, a Buck postdoc who studies mechanisms that lead to diabetic complications, is among them. “Most of the kids dream about coming to the U.S. I had the same dream 10 years ago,” he said. “They have so many questions: How do we come? What are the opportunities? What exams do we have to take? What major should I choose?”

Buck postdoc Manish Chamoli studies age-related neurodegeneration and the role of a cellular self-cleansing process that breaks down and recycles damaged molecules.

“It’s so much fun and satisfying to interact with the kids,” he said. “Being a mentor helps improve my communication skills and gives me an opportunity to get into some really deep conversations with the students. Some of them wanted to know if [they] could be a scientist and still believe in God.”

Mentoring is a big part of staff scientist Dipa Bhaumik’s life. She often takes students under her wing and includes them as she manages the Lithgow lab. “Giving back is really important to me, and this program connects me with my home country,” she said. “I love that the FEA program is life-based. The kids want to know about how I spend my free time and how it is to live in the United States.”

Kapahi wants more mentors for the FEA program, which is India’s leading provider of free, professional English instruction and non-cognitive skills development. There are a handbook and other resources available to guide interested persons through the mentoring process.

Kapahi says the mentors he’s recruited are overwhelmingly grateful to be part of the program. In addition to building community and connecting segments of society that don’t normally talk to each other, Kapahi says his involvement in FEA is helping him do a better job of running his lab. More importantly, it’s helping him be a better parent.

“It’s helping me guide my older daughter to be a role model for her baby sister, rather than me just telling her what not to do,” he said. “It’s all about leading by example, and this program is showing me how to do that.” Interested in mentoring? Signup at www.FEAIndia.org/signup 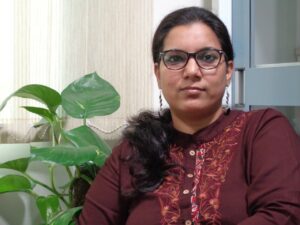 Interview With a Mentor: Pinky Kain

Pinky Kain, one of our mentors, is a Neurobiologist working in India. She was born and raised in Delhi where she completed her education up 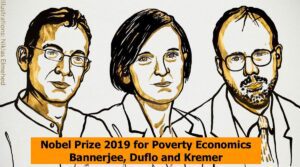